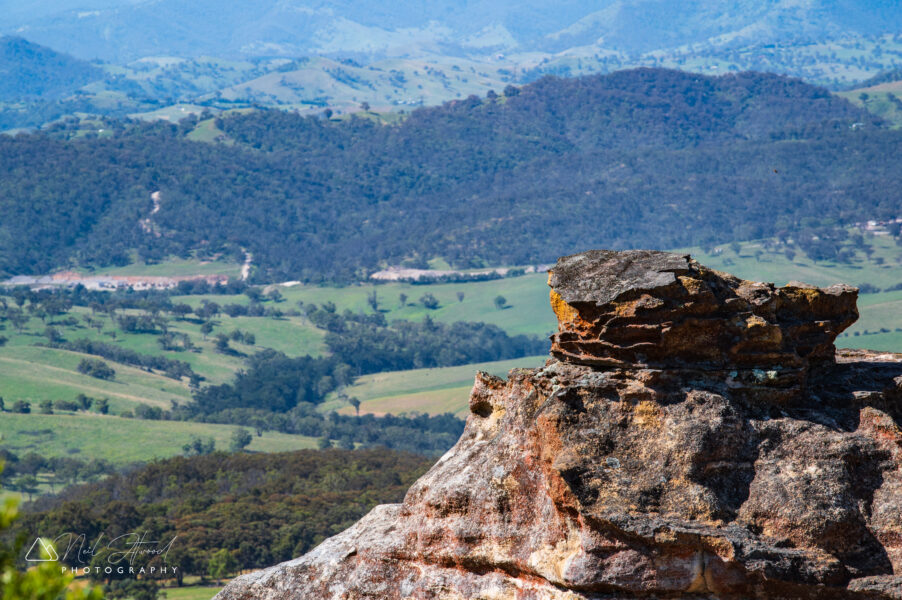 This was a quick visit as I was meandering around the area while on a short break early in January.
It was in part of play around with the idea of ‘long lens’ landscape photography.
This is the idea of going beyond the normal wide-angle landscape shots and instead picking out more details in the view using a longer lens.
In particular, the idea of including something of interest in the foreground.

This is perhaps speaking of the bleedin’ obvious, but it is harder than it looks.
However, there are some interesting rock formations around the Hassans Walls Lookout as you look across the expansive Hartley Valley to the north east, back towards Mt Victoria and Newnes, and I like the juxtaposition between the colour and texture of the foreground rocks against the green valley and/or blue sky. 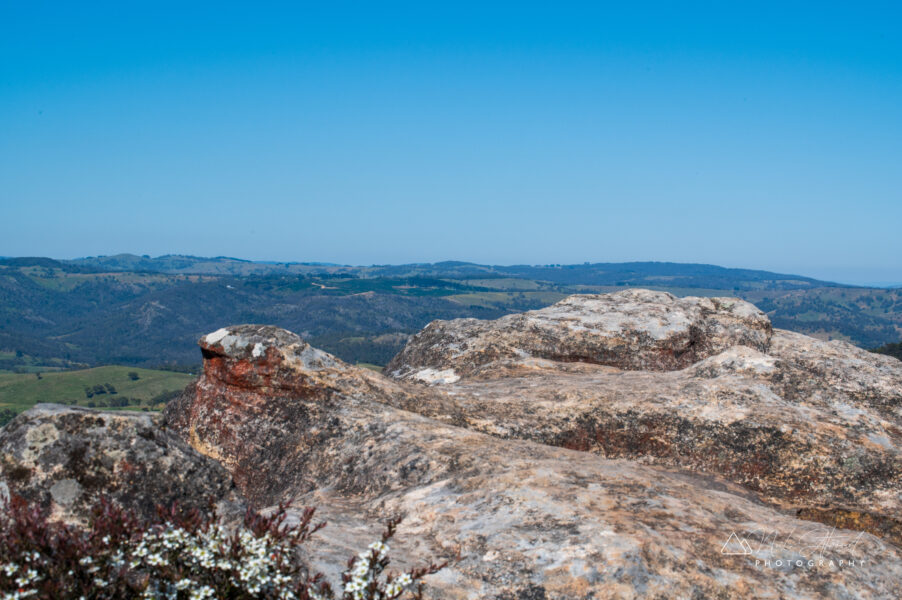 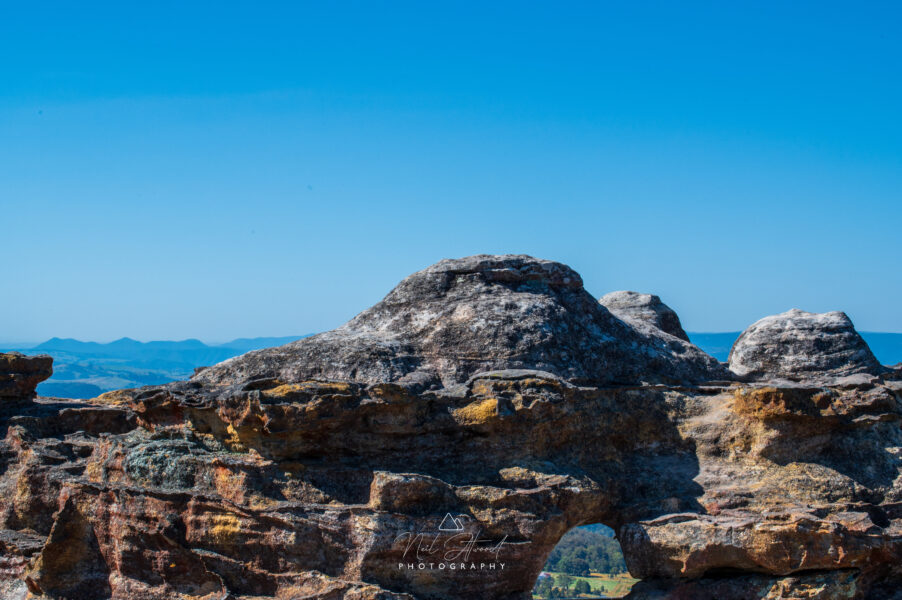 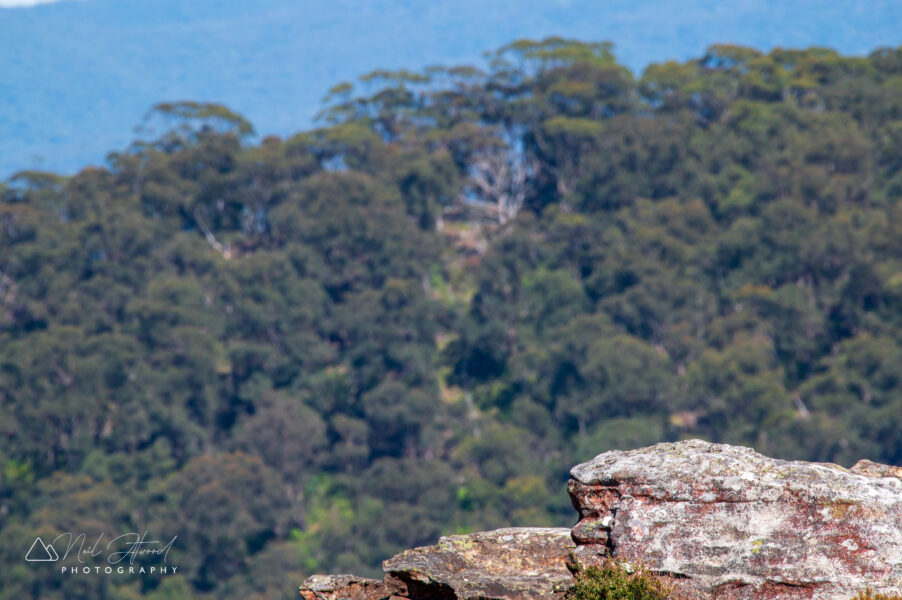 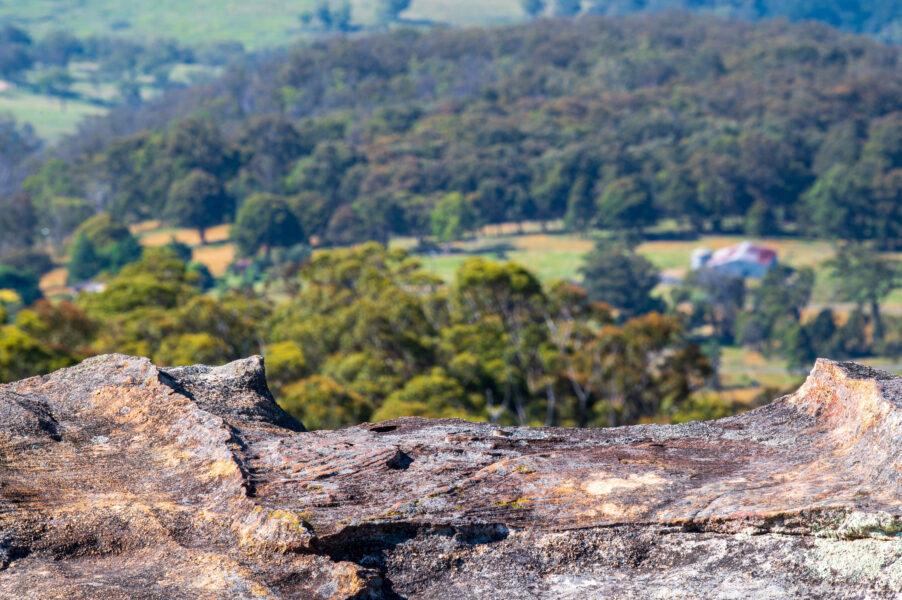